So, it feels like I played a bunch of games last calendar year. But that’s probably because I sampled a bunch while not necessarily going deep in any particular game. Steam actually highlights this with a year-end wrap-up called Steam Replay. According to my SteamDB profile, I managed to finish the year at exactly 2300 hours – 2262 hours in 2021 = only 38 hours? Looking back on it, I guess that tracks. There were 2 games into which I invested quite a bit of time on 2 different weekends. Otherwise, I seemed to get heavily into racing games this year.

Ah, racing games. I was surprised to realize that, prior to this year, I didn’t even have cause to create a “Racing” category in my Steam library because I had no racing games. This year, I managed to sink a lot of time into various racing games. Actually, it seems like a lot of time, but I didn’t technically log a lot of hours, because each short play session was usually packed with enough action, and then I moved on to some other non-gaming activity.

However, the above stats don’t tell the whole story. I was motivated to branch out from the Steam platform this year, mostly enticed by various freebies. For example, I got a new phone carrier plan that gave me a free 6-month trial of a bunch of different services. New services I tried include:

Not much happened for me on the MobyGames front, with only 33 contribution points, all cover art. However, that wasn’t my only archival work this year– I finally got serious about filling in any holes I can find in the Internet Archive. See my archival log blog posts for more details on that.

And now I come to the part of the year when I received 6 months free of several different subscription services, as part of an upgraded cell phone plan. 2 of the 5 freebies were Google Play Pass and Apple Arcade, which grant the bearer access to a curated library of known-good games with all their IAP and ads stripped away. So I can go nuts with these libraries. Still, is there likely to be anything worthwhile? As in, are there any games that are really mobile-exclusive, or which work best on mobile platforms? I guess that would apply to games like Pokemon GO, which I’m really not interested in. Many games which receive their start on mobile platforms eventually seem to find their way to other platforms, and I would much rather play games on a bigger monitor through Steam on my PC. Still, I wanted to delve in to search for some gems.

2022 was the year that I finally got a lot of stuff archived, filling in gaps at The Internet Archive.

For a long time, I have resolved to get my collection archived at the Internet Archive. It’s going to be a big task. Better to get started sooner than later.

I finally got around the archiving the various Dreamcast Magazine demo discs (at least the US versions). If you care about the technical details of how I accomplished this, I have written up the details over on my programming blog. 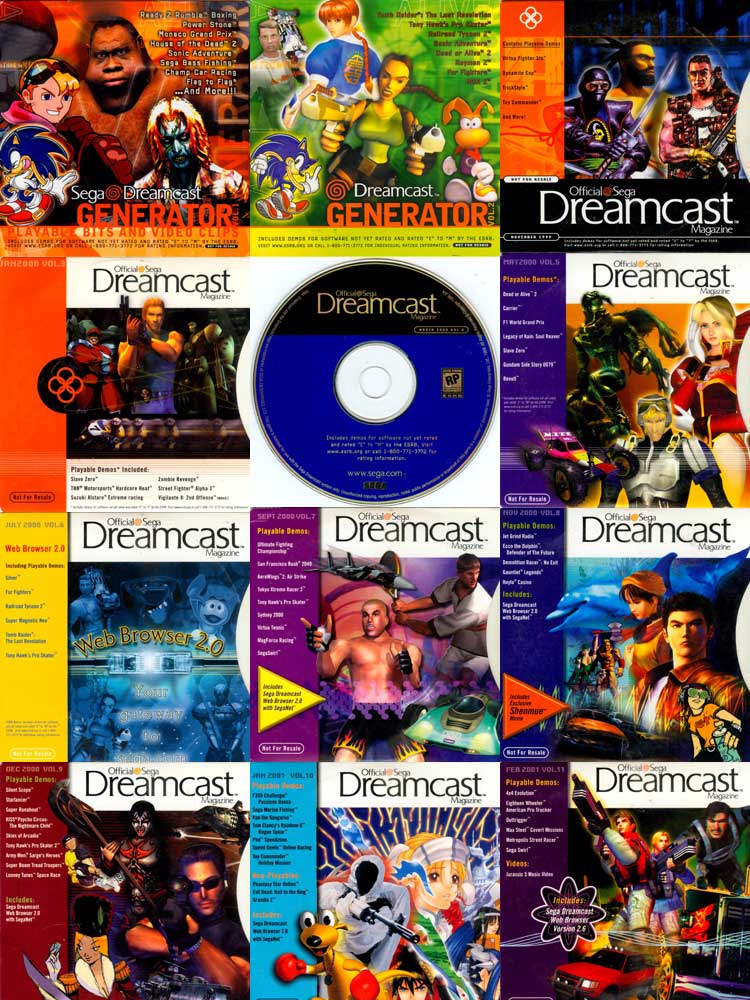 These are various sampler/demo discs that were released for the Sega Dreamcast in the North American market. There were 2 Generator discs and 10 Magazine discs, labeled volumes 2 through 11 (apparently, the first issue of the Dreamcast Magazine did not come with a disc). Many of these could already be found in collections at the Internet Archive. The innovation I am trying to provide is to allow access to the individual assets by making available ZIP files of the CD-ROM and extended GD-ROM data areas, as well as any audio tracks in each region. These are difficult to examine with the standard opaque rips.

Steam hours currently = 2,262 hours, minus last year’s milestone of 1,934 hours, which means that (while crossing the 2k hour mark) I logged 328 hours in Steam gaming last year. So, my Steam gaming time continues to decline year over year. And I only have 34 games logged here. I guess I had other things going on this past year.

Over at MobyGames, I managed to accrue… wow, 38 whole points! This seemed strangely low to me until I recalled that I spent a huge amount of time actually approving contributions this year, as opposed to making contributions.

At the very least, I think I managed to finally kick my They Are Billions habit, a significant milestone. Speaking of which, it looks like that was the very first game I played last calendar year…

A long time ago, I acquired a set of 6 DOS shareware CD-ROMs from a company called White Wolf Software: 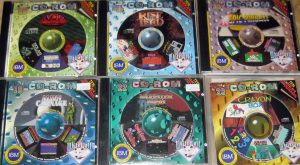 Eventually, I wondered if I could find some more and I purchased a lot of them on eBay that contained 16 more. At first, I thought maybe they were periodical, but I noticed that they were all published in 1995. Each disc contains 10 different shareware titles. According to the above photo, they used to ask a fairly high price (US$13). It’s unlikely that these discs have any software that isn’t represented elsewhere on the Archive. I think the most interesting thing about these discs is the amount of graphic design effort that went into the cover art. Also, pay particular attention to the cover of #29: Commander Keen IV— I strongly suspect that the youngster represented on the cover was the child of someone involved in the production of the disc series.

At long last, I finally got around to extracting the ISO-9660 filesystems, scanning all the cover art artifacts, and uploading them to the Internet Archive. If you are interested, click through the link to see which 10 programs are on each CD-ROM. I spent a lot of effort to document the contents of each distro, linking to MobyGames when the program is a game that is represented in the database.

Also, the reason I had put off the final uploading was because I still needed to scan all of the cover art artifacts (CD-ROMs and jewel case matter), and then straighten and crop each scan. This latter step is the most tedious. I finally got around to creating a new tool specifically to accelerate this process called MobyCAIRO. Hopefully, it will help reduce the friction for future submissions.

Including the Series 3 disc already on the Archive, there are 23 discs of the series uploaded. There are at least 36 total.

Other Items
A few other items I have tossed up on the archive recently: