I recently unloaded a large swath of my personal video game collection. I gave the items to friends and to video game museums, free of charge. As is my custom, I took photos of everything I gave away, just for sentimental effect. I thought I’d post the photos in order to give readers ample opportunity to exclaim “OMG! You should have tried to sell whatever presumably rare item on eBay for hundreds of dollars!” It’s out of my hands now. Don’t worry, though. I didn’t give away all of my video games yet. I basically got rid of everything that’s not on optical media. Here is my complete game collection and I still have around 700 DOS/Windows games.

Click on any image for a much higher resolution photograph. 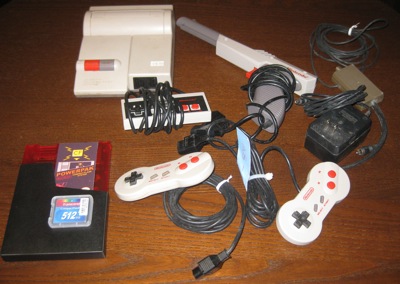 NES Cartridge Lot #1
Dragon Warrior II is certainly the most valuable of this lot. 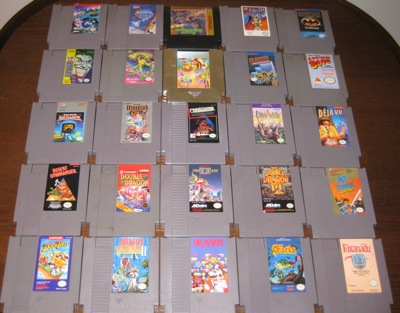 NES Cartridge Lot #2
Wow, the very first Final Fantasy game (purchased in September, 1990), and I still have the corresponding literature (see later screenshot). Further, I collected all 6 Mega Man NES titles over the last 8 years, for no real reason. 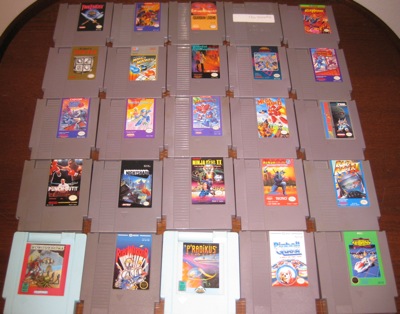 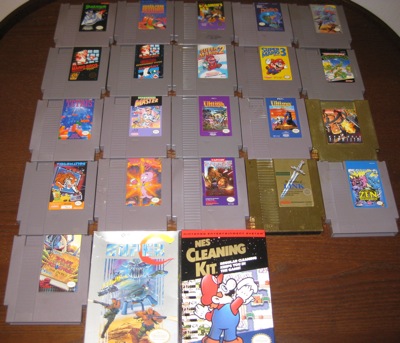 SNES Console Lot
The NES was my strongest period of gaming, though I still had a certain fondness for the SNES. I finally picked up a used SNES in the summer of 1997 and I managed to acquire 17 used titles for the system. This console along with a select set of choice games went to one friend. 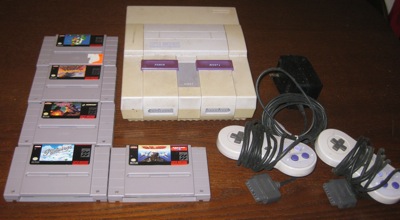 SNES and Genesis Cartridge Lots
I sent the balance of SNES carts — as well as some miscellaneous Genesis carts — to a video game museum. 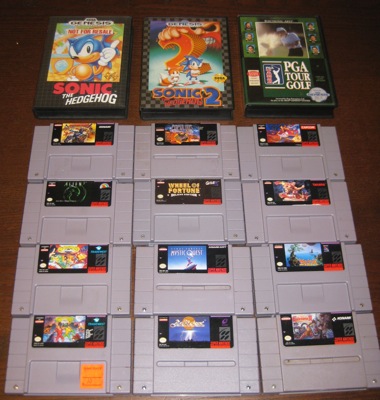 Documentation Lot
These are all of the manuals I managed to retain over the years. 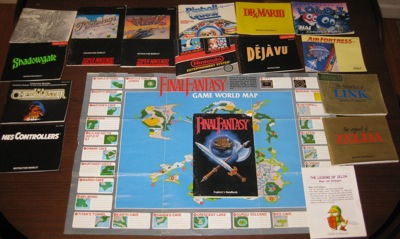 Odyssey 2 Lot
My Odyssey 2 console and game lot acquisition is detailed in this entry. The whole lot went to the museum.

Here is the outside of the console box: 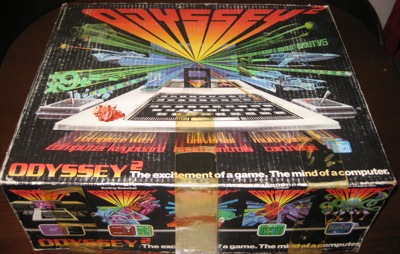 These are the contents of the box: 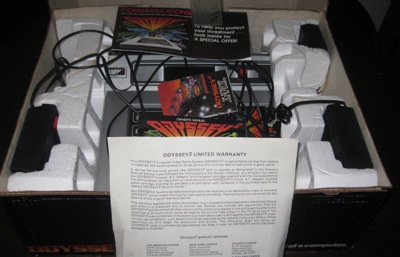 And these are the games in the lot: 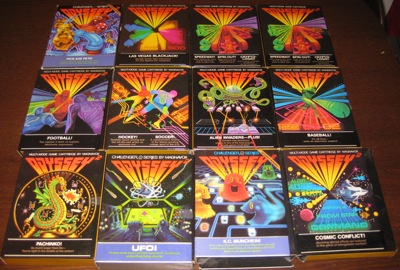