I have been raiding my new favorite eBay store for stuff that isn’t yet present in the database. This store happens to have lots of cheap games and a surprisingly large collection missing from MobyGames. I load up my eBay shopping cart until such cart gets too heavy to push (this might sound like a joke but it’s true– after a certain point, it took way too long to add a new item to the shopping cart; after 29 discs, I had to call it quits).

This batch was heavy on trivia, i.e., there were at least 2 items revolving around trivia: 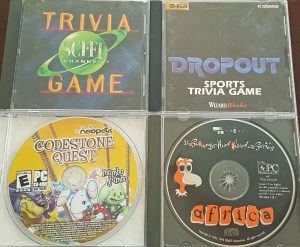 Here are the educational acquisitions from this raid: 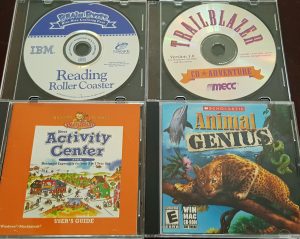 And here are the girl-oriented titles from the lot I procured: 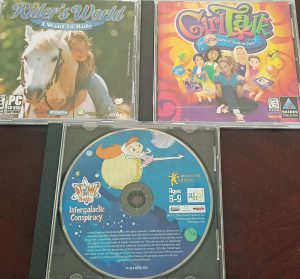 A grab bag of gaming oddities: 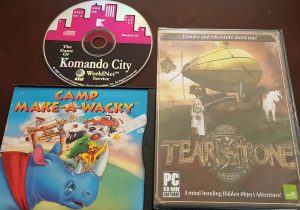 And now we come to the section of “stuff that almost certainly contains no gaming elements but is still interesting”: 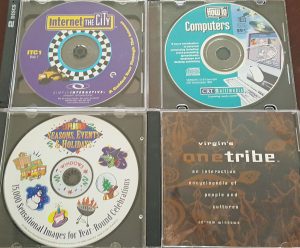 And a final grab bag of general oddities: 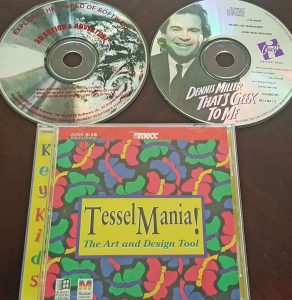