As the years wear on, it’s getting harder and harder to find games that A) are not in my collection and B) are not yet in the MobyGames database. Yet it’s not completely impossible.

I recently learned that MobyGames added support some time ago for VTech V.Flash games, yet has no entries as of this writing. This educational console’s entire library is 9 games large. I procured a brand new V.Flash console many years ago and it remains in the box. This game is the 4th V.Flash game I have thus far acquired– Bratz Fashion Pixiez: The Secret Necklace: 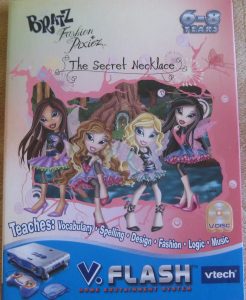 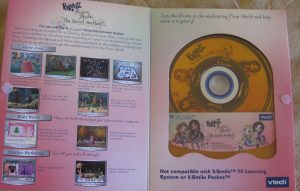 I have 5 more games in the entire library to collect. I have resolved to get them all into the database someday.

I used to go scavenging on eBay for video game lots. You don’t have to acquire very many lots before you hit a point of diminishing returns, when you already own a significant number of items in the lot. Instead, I have recently found a few eBay stores that have lots of less expensive old CD-ROM games and which offer reasonable shipping rates when grouping multiple items. This is almost as good as those old lots I used to snatch up.

Here are some recent acquisitions that aren’t in the database yet: 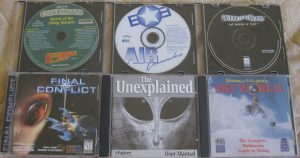 It wasn’t until I started composing this post that I realized how well 2 of these covers (Final Conflict and The Unexplained) fit when placed next to each other.

And finally, a few acquisitions that are already represented in the database: 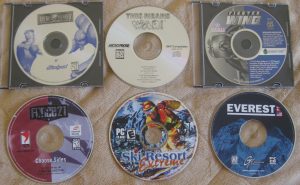